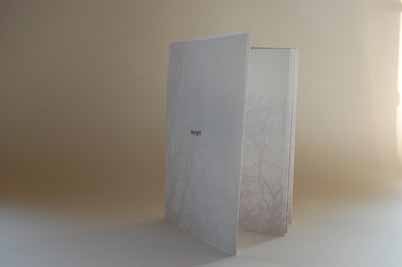 This sequence of photographs was taken on a single day after overnight snow. The shape of the tree and its position on the hill formed a striking image against the snow. As the day went on I captured the rapid variations in light and the contrasts between the land and the sky. I wanted the most dramatic effects rather than using a fixed time interval when taking the photographs. The resulting book makes a satisfying transition from dawn to dusk and allows us to reflect on the multiple variations that are present in a simple scene.